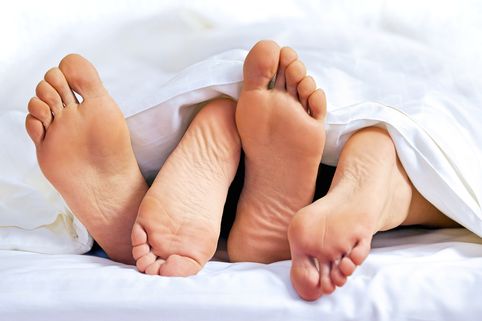 A recent study in the field of Autism and sexuality is challenging the long-held belief that the ASD community is uninterested or abstaining from sexual relationships. Both autism and sexuality exist on a wide and varied spectrum. New data suggests that adults in the ASD community are much more likely to identify as asexual, bisexual, or homosexual than those without autism. Indeed, out of a survey of over 2,000 adults, those with Autism were three to nine times more likely to identify as homosexual, asexual, or ‘other.’ This survey is an exciting step in acknowledging the diverse sexual preferences and experiences of the ASD community.

Researchers theorize that there may be a number of different factors that contribute to an individual with ASD’s sexual expression or gender identity. Because Autism is a developmental disorder that can directly impact an individual’s ability to socialize and communicate, many adolescents in the community feel less bound by societal conventions and expectations. As a result, they may feel reduced ‘pressure’ to behave or perform sexually in a conventional way. Another study suggests that the autistic simply process sexual encounters differently. For example, an autistic person is more likely to identify as bisexual than a ‘neurotypical person’ after a single same-sex encounter. Lastly, it is possible there is a biological element linking autism, sexuality, and gender as scientists have observed a correlation between increased prenatal testosterone levels and less common sexualities and genders. The increased variety of sexuality and gender identities among the autistic community is in all probability a combination of these factors and many more.

Unfortunately, outdated mythologies about the autistic community and sexuality have often left this group in the dark when it comes to sexual education. Besides the fact that many school’s sexual education programs do not reach those with autism and are not tailored to their learning profiles, most of the standard curriculums are centered around heterosexual students in cisgender relationships. For those on the ASD spectrum who identify as ‘other’, this non-inclusive approach is simply not good enough. Parents and families of ASD children and adolescents need to feel confident that their progeny will be given the tools to navigate the complex social realities of puberty, sex, and relationships. Those with ASD who are having sex are just as likely to contract an STI or get pregnant so it is important to broach these issues openly, honestly, and without shame. The Planned Parenthood League advises parents of ASD children to implement the same strategies they use to impart other life skills including relying on visual schedules, aids, videos, or even anatomically correct dolls. It is vital to communicate directly and use specific terminology as many autistic youths may be unfamiliar with typical social cues or peer expectations. Only through truthful and educational discourse regarding their changing bodies, gender, and sexuality can this generation be equipped to make better, healthier, and more informed decisions regarding their own sexuality.